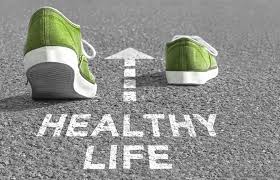 Can We Prevent Alzheimer’s Disease?

The prevention of Alzheimer’s disease is a popular topic in the media.

The thought of developing Alzheimer’s disease as you get older can be a frightening prospect, especially if you’ve witnessed a loved one affected by the disease. Researchers across the world are racing towards a cure, but as prevalence rates climb, their focus has broadened from treatment to prevention strategies. What they’ve discovered is that it may be possible to prevent or delay the symptoms of Alzheimer’s disease and other dementias through a combination of healthy habits. Six key areas of focus include:

Even though we don’t have enough evidence that all healthy lifestyle choices prevent Alzheimer’s, we do know they can prevent other chronic problems for older adults, And for that it’s worth a try.

Can What We Eat Prevent Alzheimer’s?

Doctors have been saying for years that what you eat can affect the health of your heart. Now there’s growing evidence that the same is true for your brain.  A new study by researchers at Rush University Medical Center in Chicago shows a diet plan they developed — appropriately called the MIND diet — may reduce the risk of developing Alzheimer’s disease by as much as 53 percent.  Even those who didn’t stick to the diet perfectly but followed it “moderately well” reduced their risk of Alzheimer’s by about a third.

Diet appears to be just one of “many factors that play into who gets the disease,” said nutritional epidemiologist Martha Clare Morris, PhD, the lead author of the MIND diet study. Genetics and other factors like smoking, exercise and education also play a role. But the MIND diet helped slow the rate of cognitive decline and protect against Alzheimer’s regardless of other risk factors.

And lastly, raise a toast to the MIND diet as wine rounds out the list, recommending a glass of wine every day. Just one, though.