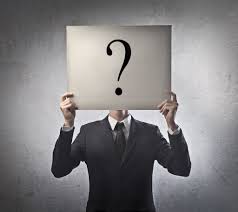 Who Will Decide When You Can’t?

Is a dementia-specific advance directive necessary?  A growing number of Americans over age 60, have a standard advance directive, designating a decision-maker to direct their medical care if they became incapacitated.  Not all experts are convinced another directive is needed.  An article in the New York Times, “One Day Your Mind May Fade. At Least You’ll Have a Plan,” by Paula Span explores this question.

Dr. Barak Gaster, an internist at the University of Washington School of Medicine, had spent three years working with specialists in geriatrics, neurology, palliative care and psychiatry to come up with a five-page document that he calls a dementia-specific advance directive.  In simple language, it maps out the effects of mild, moderate and severe dementia, and asks patients to specify which medical interventions they would want — and not want — at each phase of the illness.

Gaster and his co-authors recently argued in the journal JAMA, the usual forms don’t provide much help with dementia.  The standard advance directives tend to focus on things like a ‘permanent coma’ or a ‘persistent vegetative state,’” Dr. Gaster said. “Most of the time, they apply to a person with less than six months to live.”

While it’s a terminal disease, dementia often intensifies slowly, over many years. The point at which dementia patients can no longer direct their own care isn’t predictable or obvious.  Moreover, patients’ goals and preferences might well change over time. In the early stage, life may remain enjoyable and rewarding despite memory problems or difficulties with daily tasks.  “They have potentially many years in which they wouldn’t want a directive that says ‘do not resuscitate,’” Dr. Gaster said. But if severe dementia leaves them bedridden, unresponsive and dependent, they might feel differently — yet no longer be able to say so.  Whereas a persistent vegetative state occurs rarely, Dr. Gaster tells his patients, dementia strikes far more commonly.

“Patients stumble into the advanced stage of dementia before anyone identifies it and talks to them about what’s happening,” Dr. Gaster explains. “At what point, if ever, would they not want medical interventions to keep them alive longer? A lot of people have strong opinions about this, but it’s hard to figure out how to let them express them as the disease progresses.”