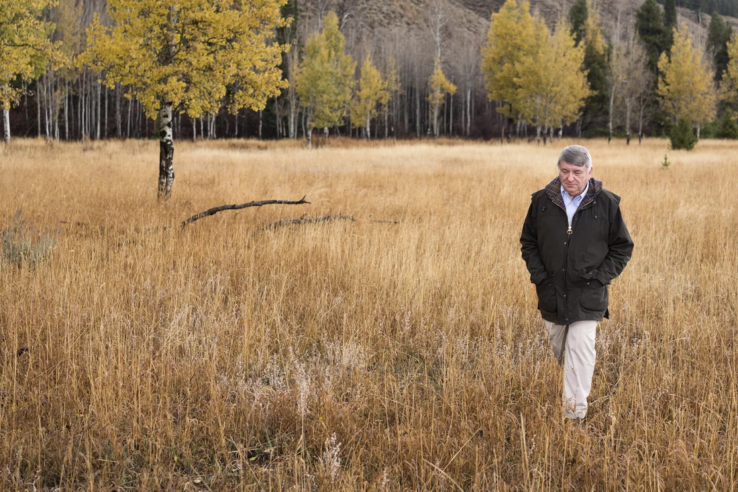 In a small lab in Jackson Hole, Wyo., 65-year-old Paul Cox believes he’s closing in on a treatment that might prevent Alzheimer’s disease. And ALS. And a host of other neurodegenerative diseases, for that matter. Cox, we should point out, isn’t a neurologist. He isn’t a physician of any kind. He doesn’t work at a big drug company or an academic medical center or a government laboratory. His ideas come from so far outside the mainstream of neurological research that you might think he’s crazy or deluded or worse. But then, some very credible people think he might be on to something big—which might make the improbable, quixotic story you are about to read one of the most important as well.

Our unusual tale begins with ethnobotany: the study of the way indigenous people use plants in their customs and diet. You see, Cox is an ethnobotanist, and a darn good one by all accounts. “You’d enjoy walking through a jungle with me,” he once told me. He’s a cheerful gray slouch of a man, quick-witted and sincere, given to club ties and blockish suits when he’s not rocking a fleece. But neurology? When it comes to the study of neurons—the critical cells of the central nervous system that degenerate and die in diseases such as Alzheimer’s and ALS—Cox describes himself as something of a piker. “One colleague says I know about as much neurology as a neurologist’s spouse,” he added with a grin.

Nonetheless, neurons are precisely what you’ll find Cox and a covey of researchers studying at his nonprofit Brain Chemistry Labs. If you happen to be visiting Jackson this winter, you’ll recognize the lab by the cartoonish wood carving of a bespectacled bear (holding a beaker, naturally) just above the front portico. You might even spot a wealthy local patron wearing one of the lab’s “Serine Dipity” sweatshirts. That’s a wordplay on L‑serine, an amino acid that serves critical functions in the central nervous system, among other things. That’s the second strange part of this story: How extraordinarily unlikely and yet wonderful would it be if Cox and his colleagues were right—and the best prevention for some of these terrifying diseases turns out to be a naturally occurring protein building block rather than a high-priced drug?

You can buy a kilo of powdered L-serine for $53 on Amazon. A Serine Dipity sweatshirt, on the other hand, will cost you a $150,000 donation to Cox’s lab. Which leads us to the third twist in this marvelously odd tale. The sweatshirt buyers (and Cox’s wealthy backers) seem to believe just as fervently in the man’s innovative research model as they do in his purported cure. Indeed, it’s fair to say that whether or not Cox’s theory pans out, the style of medical investigation he’s pioneering is gaining fans—even in some traditional and elite academic quarters. So if Cox and his colleagues do push the science forward on Alzheimer’s, ALS, or any other neurological disease even a little, it may have an added benefit of offering the culture of medical research a fresh model to emulate.

And that—in a nutshell—is what the Paul Cox story is all about.

Reprinted from an article in Fortune by Rick Tetzeli (Jan 18, 2019)