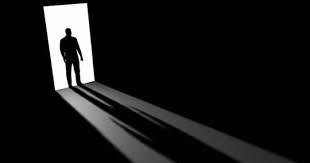 How Alzheimer’s Emerged From The Shadows

I remember my grandmother’s descent into dementia. Senile dementia, we called it then. The grandma I had known — never less than immaculately coiffed and dressed, a shrewd and knowledgeable collector of antiques, and a baker of puddings so sublime I can taste them to this day — slowly disappeared into the netherworld of senescence. To my shame, I felt embarrassed and tongue-tied as her confusion took hold. But this slow extinction of personality, I was told, was a natural consequence of ageing.

That was 40 years ago. Today, dementia is the condition we fear the most and, according to figures for the UK released last month, the one from which most of us will die. Yet rather than being robbed of a voice, those living with the condition are insisting on their continuing humanity even as they lose the very faculties that most define us as human. The emergence from the shadows of this terrifying disease reveals how far attitudes to ageing and illness have changed in the developed world — and it is sowing the seeds of a movement that may one day lead to a cure.  For the full article by Sarah Neville, click here