Your spouse may drive you crazy at times, but new research suggests that your marriage may keep you from losing your mind. The risk of dementia was significantly lower for married people than for adults who remained single their entire lives. That’s not say that people should get married simply to ward off dementia. But […]

What if you knew Alzheimer’s was coming for you?

A recent article in the New York times reports that simple blood tests may soon reveal alarming news about your cognitive health. Today, finding out whether dangerous plaques are building up in your brain requires either a PET scan at a cost of about $4,000 or a spinal tap. And while genetic tests can help […]

Can Dogs Make a Difference in Dementia Care

Dogs love routine. People with dementia have difficulty with routine, everyday activities. Roughly a dozen years ago, two people had the idea to put them together. When Israeli social worker Daphna Golan-Shemesh met professional dog trainer Yariv Ben-Yosef, they chatted about their respective occupations. As Ben-Yosef recalled, “It was clear to us that Daphna’s expertise […]

The Facts About Cognitive Stimulation Therapy

Look Into My Eyes – Detecting Early Signs of Alzheimer’s

Romantics say that you can see a person’s soul by looking into his or her eyes. Apparently, you also can see whether they eventually will develop Alzheimer’s disease.The same biomarkers that accumulate in the brain — proteins called beta-amyloids that clump together into sticky “plaque” that are the signs of Alzheimer’s disease — appear in […]

Everyone loves to celebrate a birthday – even those with dementia can enjoy it. If someone has trouble with short-term memory, they’re apt to quickly forget the “party.” At OPICA our focus is to create a simple celebration that produces a positive and happy vibe. Positive emotions can linger for days in someone with dementia, […]

From Memory to Imagination

Storytelling is one of the most ancient forms of communication — it is how we learn about the world. It turns out that for people with dementia, storytelling can be therapeutic. It can give people who don’t communicate well an alternative way to communicate, using an activity that sparks memories, encourages verbalization and promotes self-esteem […] 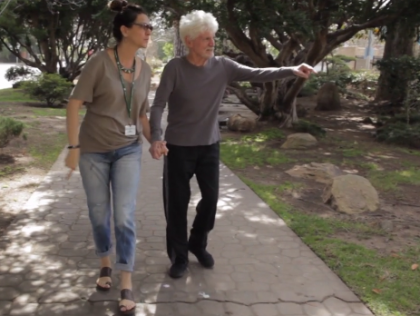 Soothing Frustration for People with Dementia

All of us, including those with dementia, have a desire to maintain control over our lives. For people with dementia, this desire becomes increasingly difficult to navigate and often leads to frustration and anger. As CAREgivers we have the potential to comfort frustration in our loved ones. Understanding a few facts about dementia will contribute […] 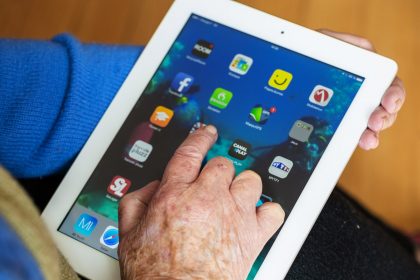 People with dementia can often make great use of touchscreen devices like iPads. Many “Apps” for these devices involve tactile and very simple to use interactions to play games and engage in activities that support memory. We thought it would be helpful to introduce you to a few… they really can change the quantity and […]